Trappist Beer
In the past, some of ’s finest beers were made by the Trappists, a silent order of Cistercian monks. Now it’s produced commercially by five breweries with close ties to the monasteries (Chimay, Westmalle, Orval, Rochefort and Westvleteren). Yeast is added at bottling to induce a second fermentation, so pour off carefully in one go to avoid disturbing the sediment. 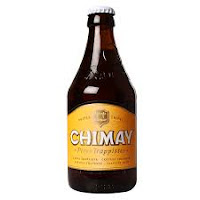 Abbey Beer
Other abbeys also produced beer, but unlike the Trappist monasteries, many have licensed them to commercial breweries. Leffe, for example, is now closely connected with InBev. That said, many of the abbey beers are excellent. In addition, there are good “abbey-style” beers, such as Ename, Floreffe and St.Feuillien.

Witbier/Biere Blanche
Most beer is made from barley, but it can also be made from wheat to produce a distinctive “white beer” to which flavourings such as coriander and orange peel may be added. The result is a light, sparkling and refreshing beer, often served cloudy with sediment. Examples: Hoegaarden, Brugs Tarwebier. 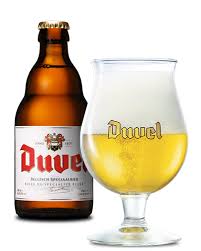 Lambic
In the valley of the Senne, the river that flows through , there is a natural airborne yeast called Brettanomyces. For centuries, brewers have simply left their warm wheat-beer wort uncovered during the winter months, and allowed air to deliver the yeast into it. The fermenting beer is then left to mature in wooden casks for a year or more. This creates a very distinctive beer, with a slightly winey edge, called lambic – the quintessential beer of .

Gueuze
Lambic of various ages can be blended, and then fermented a second time in the bottle. This produces a beer called queuze, fizzy like champagne and matured a further year or two to accentuate the winey qualities of the original product.

Kriek
Lambic can be flavoured with cherries (formerly the cherries of the north orchards of ), added during fermentation to create a highly distinctive drink called kriek; with raspberries, to make framboise; or with candy sugar, to make faro. Of the three, newcomers may find faro the easiest to begin with. 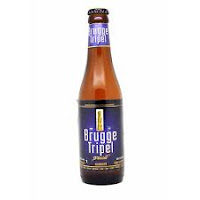 Lager – style Beers
Lager, or pils, is a bottom-fermented beer: the yeast remains at the bottom of the brew (stronger, heavier ales tend to be top –fermented, which seals in more flavour). Although such light beers may be sniffed at by connoisseurs abroad, in they are brewed to a high standard. Despite its ubiquity, InBev’s famous Stella , brewed at , is a good – quality lager.

Strong Ales
Some breweries pride themselves on the sheer power of their product. Duvel (“Devil’s”), at 8,5%, is a famous example. Several lay claim to being the strongest beer in ; at 12%, Bush beer is up there, and to be treated with respect.


Many of the breweries produce Christmas ales for the festive season. These may just be prettily labelled versions of their usual brew, but may also be enriched ales of high strength.